END_OF_DOCUMENT_TOKEN_TO_BE_REPLACED

by: RGPadoginog Two CMU alumni topped the 2016 Agriculturist Licensure Examination (ALE) with results released yesterday, Oct. 28. Russel Van Rosales Roa got the 2nd place with 85.33 percent rating, and Kristoffer Dan Romo Abregana got the 7th place with 84.33 percent. Both Roa and Abregana have degrees in BS Agriculture major in Horticulture. The two were among the 187 ... END_OF_DOCUMENT_TOKEN_TO_BE_REPLACED By Renalyn Padoginog and Ritchelle Mae Agustin   A ground-breaking ceremony for the construction of the Php 9.8 million Institute of Computer Applications (ICA) building was held on August 4. The ICA, one of the five departments of the College of Engineering, has been home to the BS Information Technology (BSIT) program since its creation in 2005. The number of ... END_OF_DOCUMENT_TOKEN_TO_BE_REPLACED US Embassy in Manila conducts Student Information Session at CMU

March 14, 2016 Comments Off on US Embassy in Manila conducts Student Information Session at CMU

A team from the US Embassy in Manila led by Mr. Ryan Louie Madrid of its Public Affairs Section, conducted a student orientation session about the education and leadership programs of the Embassy on March 3, 2016 at the University President’s Conference Room. Dr. Judith D. Intong, VPAA, welcomed all the participants who were mostly selected student leaders of the ... END_OF_DOCUMENT_TOKEN_TO_BE_REPLACED The National Women’s Month was celebrated at the University Convention Center on March 01, 2016 with the theme “Kapakanan ni Juana Isama sa Agenda” sponsored by the University Center for Gender and Development in cooperation with the Behavioral Sciences Department, College of Arts and Sciences. The celebration was intended to discuss gender equality and to emphasize women’s role in the community which was ... END_OF_DOCUMENT_TOKEN_TO_BE_REPLACED

The Junior Philippine Institute of Accountants (JPIA), CMU Chapter was the overall champion for academic events during the 24th Annual Regional Conference held in Butuan City last February 13-15, 2016. The convention, with the theme “Recognizing the JPIAn Excellence through Harmonious Convergence,” was participated by ten schools in Region X and Caraga. CMU-JPIA was also hailed as the Champion for ... END_OF_DOCUMENT_TOKEN_TO_BE_REPLACED 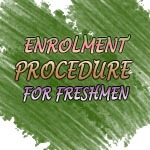