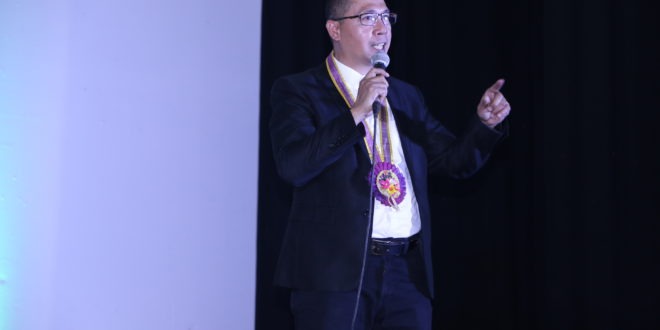 Mental health as described by World Health Organization is a state of well-being in which the individual realizes his or her abilities, can cope with the normal stresses of life, can work productively and fruitfully, and can contribute to his or her community.

Dr. Leo G. Labrador, Director, Office of the Student Affairs and Professor in the Psychology Department, discusses in an interview, the importance of being mentally healthy individual to become more efficient and productive in the community and the workplace.

According to him, many Filipinos are diagnosed with a wide range of mental health problems like anxiety, schizophrenia, substance abuse, post-traumatic stress disorder (PTSD), and depression.

According to Philippine Statistics Authority data, the Philippines has the highest number of depressed people in Southeast Asia. Mental illness is the third most common form of disability in the country and has a high number of cases among the youth.

Dr. Labrador shared that one in five people suffers from mental health in the country.

“Between 17 to 20% of Filipino adults experience psychiatric disorders, while 10 to 15% of Filipino children, aged 5 to 15, suffer from mental health problems,” he added.

He said that despite the increase of cases about mental health especially in Bukidnon there are only a few specialists that can handle mental health cases.

“In a country with a population of 100 million, there are presently only 700 psychiatrists and a thousand psychiatric nurses. In Bukidnon we only have one Psychiatrist in the name of Dr. Maria Nena R. Peñaranda.”

Dr. Labrador said that the numbers are most likely to go higher since many who suffer from depression often hesitate to seek help due to the stigma that surrounds mental disorders.

However, Dr. Labrador said that through the Philippine Mental Health Law or RA 11036, the government would recognize the fundamental right of all Filipino to mental health services.

“Philippine Mental Health Law aims to bring mental health closer to the everyday lives of the youth. It will ensure the value, promotion, and protection of mental health and access to psychiatric, psychosocial, and neurologic services which are available in regional, provincial, and tertiary hospitals,” he elaborated.

He also encouraged the CMU constituents to feel free to visit his office for counseling if ever they think that they have the signs of poor mental health.

“If you feel that you may be affected by depression or anxiety remember they are treatable conditions and effective treatments are available. The earlier you seek help, the better,” he added.

In his concluding message, he said that the most effective and powerful strategy to be mentally healthy is support from family and colleagues because they are our most significant source of strength. (IADalipe-Neri)