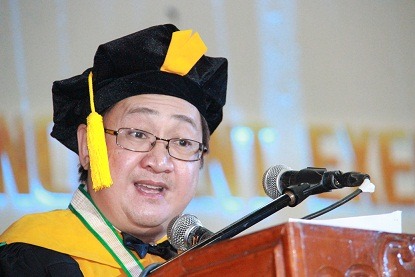 The time to reap

Graduation may seem an ordinary season but to the graduates it is momentous. This is the best way where they could show gratefully the fruits of their parents’ hardships and sacrifices. Nothing can ever equate the joy as they march the aisle with confidence bearing in mind “Finally, I did it with God’s grace!”

And yes, graduation is not only for the graduates but also to the persons behind those honing and shaping—the parents and the faculty who shed sweats and tears just to give the best of what they’ve got. For nobody can ever fathom the joy felt by every individual as they witnessed the celebration of the 59th Commencement Exercises on April 12, 2013 at the University Convention Center, Central Mindanao University. Several inspiring words and encouragements meant to shape the future of these graduating students as they stepped into the world of professionals were given by speakers who were once seated and been receiving same uplifting words. This year, Dr. Rommel Luy Garcia, Dangerous Drugs Board (DDB) Undersecretary has given his commencement address being the Guest Speaker. Guided with the theme “Overcoming Challenges, Building Resilience, Sustaining Excellence” Dr. Garcia challenged the young professionals to surrender NOT as they face the real future encounter outside the fist of this academe. His experiences burgeoned with learning but he emphasized that nothing differs between him and these graduates except for one thing “I came ahead of you” Dr. Garcia stressed. The jolly approach of the speaker removed boredom and in return kindled listeners to keep on pursuing education because it is the most powerful weapon to change the world. The challenge may be tough but he said that changing the world starts at changing oneself.  “Keep on pursuing your dreams and make good choices” Dr. Garcia said.

His speech was covered with simplicity and directness as he shared set of stories whose main theme is drug avoidance. True enough that drugs can become the best tool to destroy great hopes and future. So he uttered his last challenge, “Avoid drugs and be a drug advocate instead.” 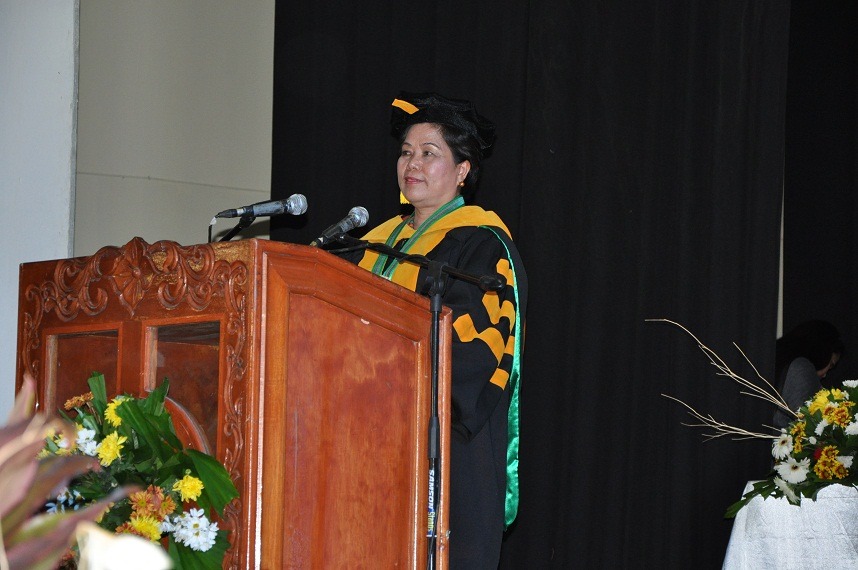 2013-04-24
Administrator
Share !
Previous: RELIVING MEMORIES OF THE PAST
Next: The 22nd Biodiversity Philippine Biodiversity Symposium