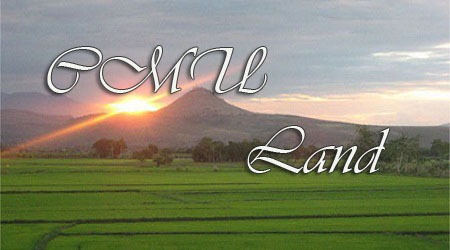 SO THE PUBLIC WILL KNOW…

As early as 1992, the Supreme Court has already ruled in favor of CMU land holdings occupied by the squatters, particularly the BUFFALO, TAMARAW and LIMUS (BTL). Subsequent efforts of the University led to the issuance of a Writ of Demolition by the DARAB-10. But towards the end of 1997, the CMU Board of Regents gave a final six (6) month grace period to BUFFALO and those similarly situated to vacate the area. The six (6) month grace period expired and the squatters did not vacate the area in violation of the Board resolution. In 1999, taking advantage of the situation that there was no regular and permanent CMU president, they asked assistance from the different offices both government and private to advance their proposal of a 25-year lease of the land renewable for another 25 years. The proposal was disapproved by the Board.

In 2002, the Tripartite Civil Law Lease Agreement between CMU, BUFFALO, TAMARAW, LIMUS (BTL) and then Cong. Juan Miguel Zubiri was signed, allowing the BTL to cultivate the area for five (5) years. In a meeting in 2007, Sen. Zubiri presented two options: RELOCATION and CASH in the amount of P40,000.00 for each family, after which they would immediately leave the area in CMU. The Senator committed to give additional support to the farmers who may transfer at the proposed relocation site. Considerable numbers availed the cash option but none accepted the relocation offered by the senator. After the expiration of the 5-year lease agreement, the BTL is obligated to CMU the amount of Php2,207,850.00 (arrears) in land rental and remained unsettled to the present.

In spite of the expiration of the 5-year agreement, the BTL continued to occupy the area. In 2008, the Board of Regents approved the proposed transitional contract of lease that would govern their continued stay in the area for two years. Unfortunately, they refused to sign the agreement and still continued to cultivate and gain out of the land of the University. Having no permanent president and only officers-in-charge taking  the leadership in the university for more than two years, squatting problem went unabated and continuously deprived the university from harnessing the potentials of its land resources.

The constitution of a task force last April 2011 as approved by the CMU Board of Regents is another attempt to find lasting solution to this problem. The position of the CMU administration on the issue at hand is based on the framework of peace and development, humanitarian accord, poverty alleviation, social justice, human rights and the rule of law.

Any accord that will be agreed upon should provide closure to the continued stay of the informal settlers from the land of CMU and subsequent development can only flourish in the environment of peace. The BTL and other similarly situated groups must respect the rule of law. Social justice is not an excuse to disrespect or violation of the existing laws.

1) A maximum of three (3) years individual contract with original farmer-beneficiaries less those who availed the Php40,000 cash option, commencing June 1, 2011 to cultivate no more than one (1) hectare per household with a rental fee of one (1) peso per hectare per year;

3) Free tuition fee for the qualified children of the BTL; and 4) CMU reserves the right to pursue legal action if farmer-beneficiaries refuse to vacate the occupied area after the expiration of the agreement. However, the BTL rejected the proposal and insisted on a four (4) year contract with relocation.

The proposal of the University is too humane and generous considering that CMU is willing to forego the potential income of 61.2 Million pesos from the lease for three years in exchange for a peaceful settlement of the problem. On the issue of relocation which the BTL has been insisting, the University is in a position to declare it is not within its mandate. Other government agencies and NGOs as well as some politicians may take the cudgel of relocating them and the university will only provide assistance of their transfer. Relocation was already provided before by Sen. Zubiri in accord with the previous 5-year lease agreement, but the BTL farmers did not transfer to the identified site.

In consonance with our mission, the University, as part of its proposal, is offering free tuition fee to their children as well as employment opportunities to the farmer-beneficiaries. This opportunity to obtain university degree would eventually elevate their socio-economic standing in our society. Preventing them from tilling the land of the University should not be construed as an affront to human rights but it should be viewed with consideration to the milieu of the interest of the present and future students and the university’s educational mandate.

Human rights and social justice are two-way conventions that should not bestow undue favors to one party only. The human rights of the informal settlers to eke out a living by continually occupying portion of the university’s land are deemed incompatible with the human rights of this institution and the thousands of students who wish to avail of the quality education at affordable cost that CMU is offering.

2011-06-13
Administrator
Share !
Previous: Hiring of Student Assistants for the 1st Semester, SY 2011-2012.
Next: Excerpts from the President’s Message during the University Orientation