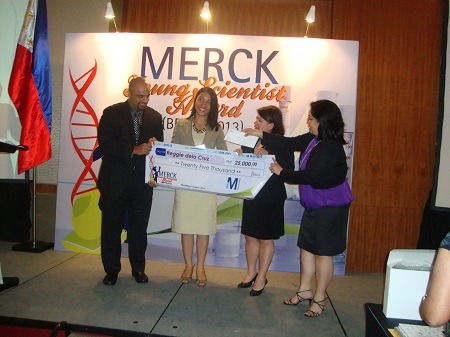 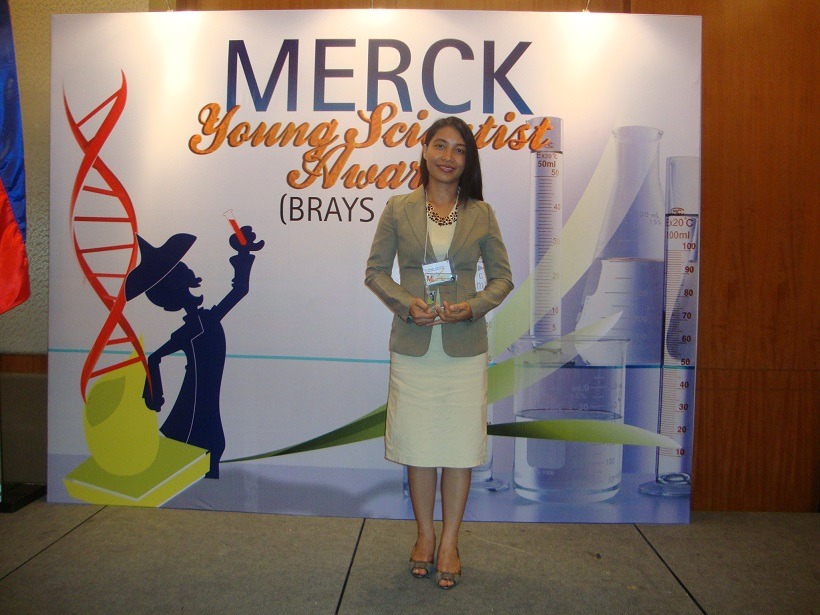 A resident of Lumbo, Valencia City, Bukidnon, Dr. Reggie Yadao-dela Cruz, a professor in the same department, was pronounced as one of the Merck’s Young Scientist Awardees 2013. Her winning paper from her dissertation study “Polymerase Chain Reaction (PCR)-Based Cloning of Partial cDNAs of Selected Genes in Normal and Mutant ‘Makapuno’ Endosperms of Coconut (Cocos nucifera L.)” was published in the March 2013 issue of the ISI-indexed journal Philippine Agricultural Scientist. She cloned a total of 13 partial sequences of genes which were found similar in normal coconut and makapuno. Her discovery greatly contributed to the ongoing quest for the molecular basis of the makapuno phenomenon. 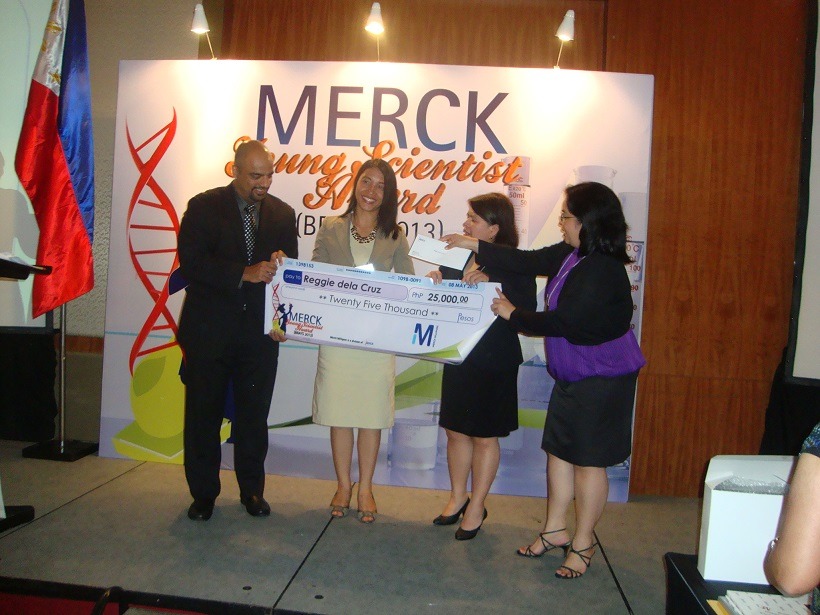 Dr. dela Cruz received both plaque and cash awards worth PhP 25,000.00 at the Marriot Hotel in Manila on May 8, 2013. Merck, the award-giving body, wanted to honor scientists who have performed excellent research in the field of life science. The Merck’s Young Scientists Awards (MYSA) is one of the pro-active avenues considered as a growth engine to encourage young scientists to focus on their research and to develop prospective researchers who will play a pivotal role in the development of their chosen fields. The MYSA was established globally in 2007 as an investment in the next generation of scientific research recognizing outstanding young scientists in several countries in the Asia-Pacific region, including Malaysia, Japan, Philippines and USA. The search of MYSA in the Philippines is done in a two-year interval for the fields of Health and Agriculture. Contending papers were those published in research journals that are duly scrutinized and evaluated.

Dr. dela Cruz mentioned research plans in the pipeline. She wants CMU to engage in molecular researches that would create results that are highly contributory to knowledge generation. This will start by establishing a Molecular Biology Laboratory through acquiring research grants from potential funding agencies. Dr. dela Cruz challenged other young scientists in the university to be resourceful and innovative, as well as, to aim for quality researches that will help in the economic progress of the country. Lastly, she shared: “All the successes I have achieved came from God.  I am constantly claiming God’s promises, that whatever His children will do will prosper and that, God’s children will reign in life” (RGPadoginog).

2013-07-04
Administrator
Share !
Previous: The CMULHS is in need of two teachers
Next: CMU joins LGU Maramag in the 115th Independence Day Celebration