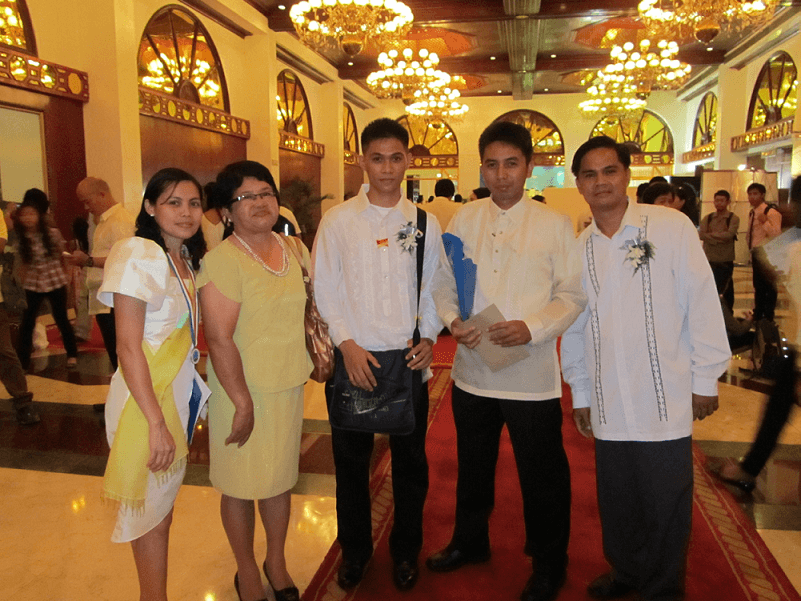 Farfetched it may seem to have an alumnus/alumna of the College of Agriculture (CA) occupy the highest spot among the topnotchers of the Agriculturists Licensure Examination (ALE) in two consecutive years now. This year’s results definitely affirmed the quality of graduates that our university produces especially in the field of agriculture. It is not known who will dominate next year’s ALE but definitely, 2012 and 2013 have recorded great accomplishments in the university’s history. These accomplishments are reflective of the standards of the University, the commendable hard work and commitment to excellence of the administrators, faculty, staff and students.

A record breaker, this is what most people call Prof. Margate, since he got the highest score (90.17) among all those who topped the ALE (formerly LEA) since it started in 2003.

When asked how he prepared for the board, he shared that he spent months of intensive studying, reading, praying, proper mental conditioning, and collecting appropriate review materials from different sources.

Prof. Margate has this to say for the next ALE takers. “Takers should be well-prepared. Preparation should not be limited to the knowledge on the six ALE subject areas. Health, monetary and material resources should also be considered. Takers should pay attention to particular details, such as the exam kit composition.”  He further dispensed more tips that he thought might work: [1] takers should be very committed to the exam and those unnecessary (activities) in life can be set aside, [2] takers should pay attention to the basic concepts when studying; [3] it is also important to decide what to memorize and not to memorize; and most importantly, [4] takers should practice answering many review questionnaires as much as possible.

On the other hand, Dr. Ma. Luz L. Soriano (CA Dean) expressed her happiness in helping create a good starting point for all upcoming ALE takers of CMU. “I am thankful that they performed the best they can. I hope they can translate their good performance in their (current or future) workplaces because they are bringing the name of CMU.” She also encouraged takers who failed to take heart. “For those who failed, maybe it’s not just their time. Perhaps, they need a little push so they should never give up. They must try and try until they succeed.”  When asked for the faculty’s role in producing competent graduates, Dr. Soriano challenged the faculty who are believed to be great contributors in shaping the students become great professionals in their own fields. “May the faculty teach difficult subjects easily and interestingly so that students would appreciate and remember the teachings well.”

CMU students come from all walks of life. However, in spite of different family backgrounds, economic capacities, cultures and traditions, religious beliefs, and political awareness, among others, the common denominator of every CMUan is hard work. Equipped with such basic value and with the academic and non- academic enrichments in the university, it will not be surprising for a CMUan to be successful, to go more distance, to reach greater heights, and yes – to bring honor to  his/her Alma Mater (RGP).