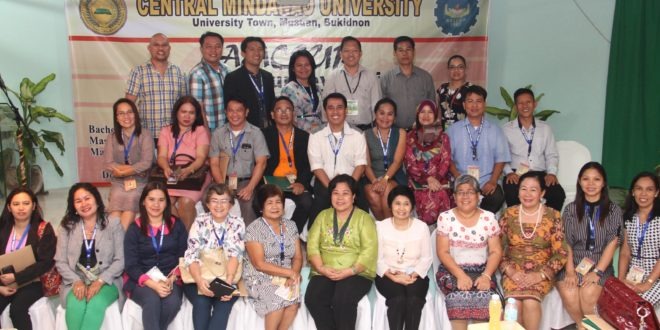 THE UNIVERSITY IS ONCE AGAIN ABUZZ with AACCUP accreditation, this time for eight programs slated for Level I Survey Visit.

The programs include six from the College of Arts and Sciences—AB Sociology, MA English, MS Biology, MS Mathematics, PhD Biology, and PhD Mathematical Sciences. The other two are the MS Agribusiness Management and MS Forestry.

According to Dr. Rolito G. Eballe, CAS dean, preparations for most programs were started this year while
others began last year. “In fact, the Department of Biology started a year ago, as well as the Department of Mathematics,” he said.

He explained that rigid preparations started this summer because remaining documents have to be patched up. He added that each department is responsible for the preparation and that they were just “provided with guidelines…for the necessary AACCUP documents.”

Dr. Eballe, who also chairs the Department of Mathematics, said that accredited programs give prestige to the University. He added that “parents would love to send their students to schools with higher level of accreditation.”

At present, the BS Biology and BS Mathematics programs were accredited Level IV Phase I. According to data from the Quality Assurance Office, out of the 30 undergraduate programs in the university, only one, BS Physics, remains unaccredited.

Dr. Eballe said that it has not been subjected to preliminary survey visit as “It’s a new offering and we have not yet produced our first graduates.”

As for the university’s 40 graduate programs, 33 are active and seven, such as the MA Home Economics Extension and Masters in Education, were deemed inactive due to the  absence of enrollees.

Of the 33 active graduate programs, 30 were already subjected to accreditation.

The Accrediting Agency of Chartered Colleges and Universities in the Philippines (AACCUP), Inc. was organized in 1987 and was officially registered under the Securities and Exchange Commission (SEC) in 1989.

It primarily aims to evaluate and accredit the curricular programs in the Philippines especially the programs under the state colleges and universities.