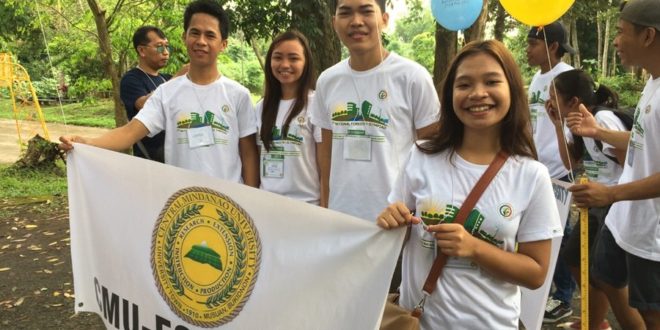 Out of 21 competing state colleges and universities, CMU ranked 3rd runner-up in the 12th National Forestry Olympiad (NFO) held at the University of the Philippines Los Baños last February 20-24.

Themed “The Urban Forestry Strategy: Mitigating Climate Change Impacts for a Healthy and Sustainable Environment,” the event was participated by five representatives from the College of Forestry and Environmental Science.

The three-member team had undergone trainings before the competition. “They have expressed that it was both a challenging and a self-fulfilling experience for the reason that they need to train hard,” Mr. Paquit said of the winning team.

This national event was organized by the Zeta Beta Rho Honor Fraternity and Mussaenda Honor Sorority with the support of the UPLB, DENR Forest Management Bureau, and National Mapping and Resource Information Authority.

The National Forestry Olympiad is a scholastic competition among the forestry students from the different SUCs offering forestry. Contests categories include surveying, mensuration, dendrology, wood identification, and quiz bowl. This was established in 1994 and is done every two years at UPLB College of Forestry and Natural Resources. It also promotes linkages among forestry students and advisers nationwide to raise awareness for environmentalism and commitment to conserve the forest and natural resources of the country.