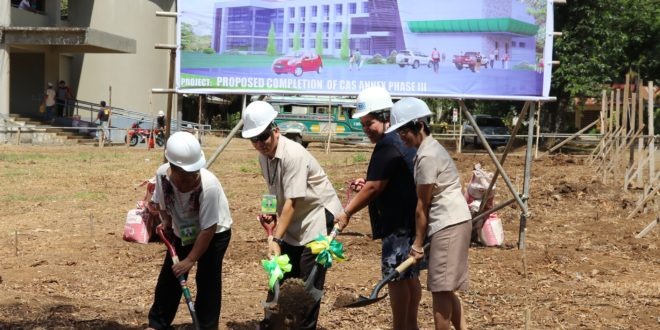 To mark the implementation of the PhP 66.006 M-worth College of Arts and Sciences Annex Building I-Final Phase, a groundbreaking ceremony was held on April 4, 2016. 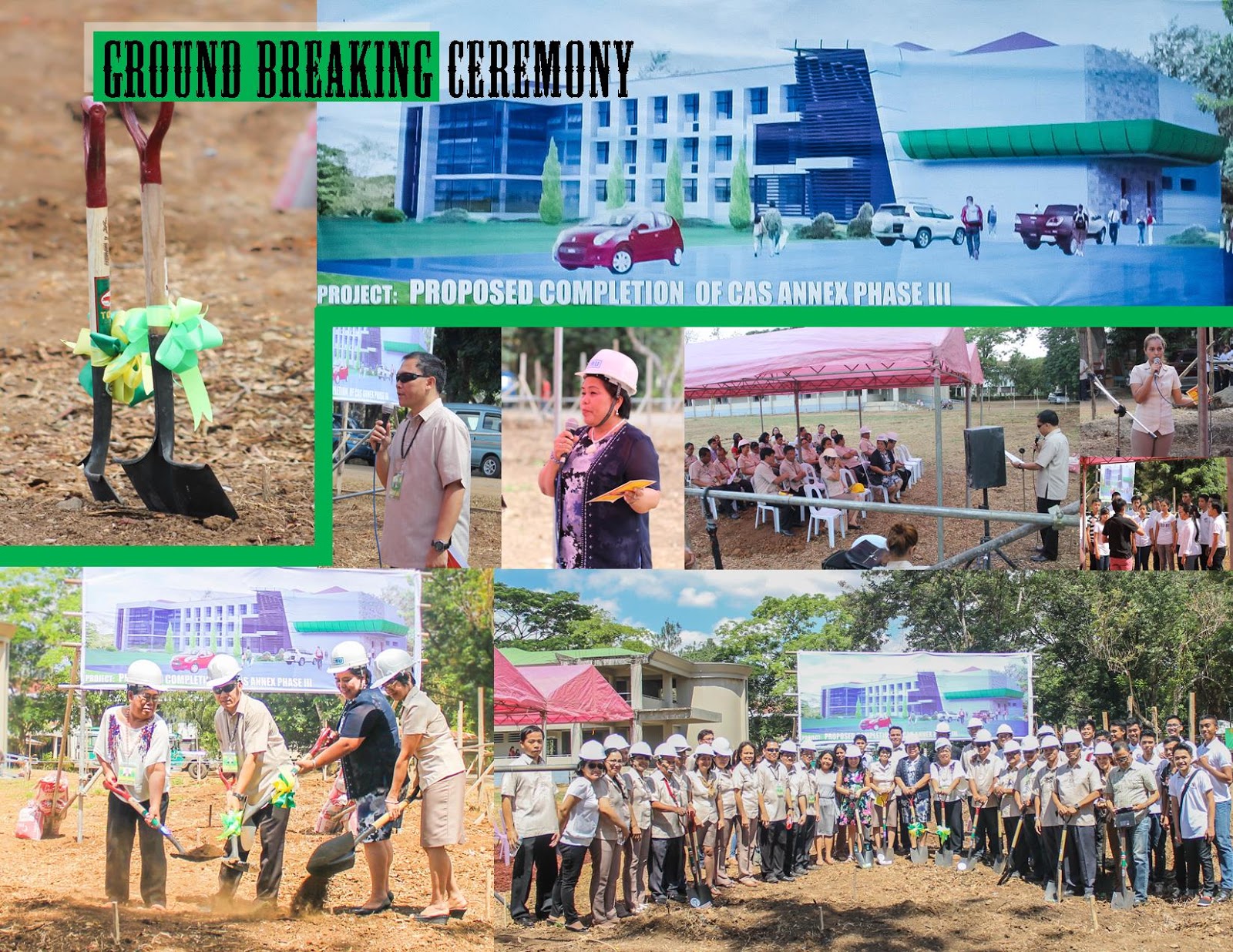 The existing CAS Annex Building I (with eight classrooms) was constructed during the presidency of the late Dr. Mardonio M. Lao through the Countryside Development Fund from then Senator Loi Ejercito and has been in service since 2005.

However, it was not until this year that the funding for the completion of the said complex from the National Government was approved. In his opening remarks, Dr. Eballe thanked the University President; the University Planning and Development Office headed by Engr. Richard Aquino; the Finance Management Services Office led by Ms. Iris D. Opiso; and the CMU-General Services headed by Engr. Roy Agbayani  for “helping the college build the dream.” Likewise, Dr. Soliven also expressed her gratitude to everyone who supported her administration in realizing such projects.

According to the contract, the project shall be completed within 470 calendar days. It will have eight additional classrooms, faculty offices, 260-seater auditorium, multimedia speech laboratory, computer laboratory (simulation/computing), and three conference rooms. The facility will also have a research and extension office, guidance and counselling room, and an amphitheatre for outdoor programs among others.

Dean Eballe, however, stressed that the funding for all the necessary fixtures and equipment is yet to come in 2017.