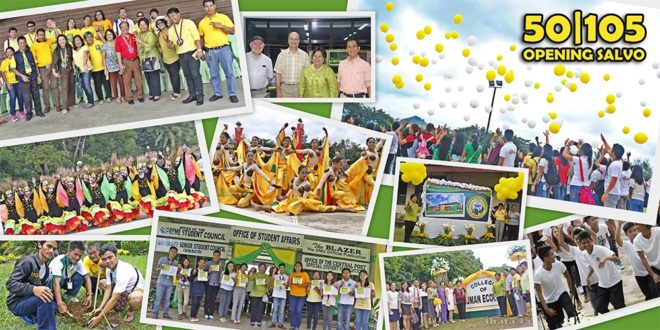 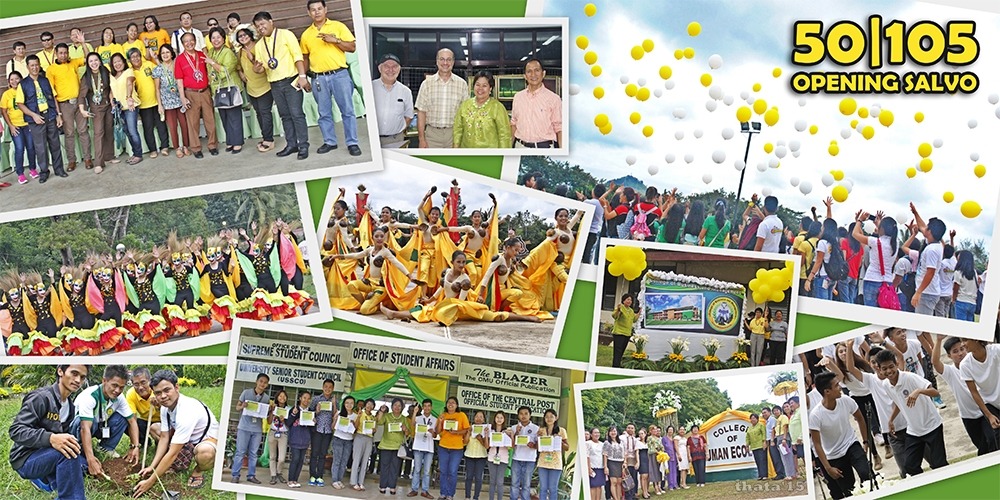 Part of its Opening Salvo includes the morning activities on the same day for the Assembly (5:31 am) and Ecumenical Service (6:01 am) both at the University Grandstand. It was followed by a parade around the campus and the Opening program.

The celebration was full of fun and memorable moments as the faculty and staff including the students had their Symbolic Mob Dance and Human 50 Formation, Singing of the CMU Alma Mater Song and Release of 50 Golden Balloons, and the Singing of the National Anthem.

University President Dr. Maria Luisa Rupac-Soliven welcomed everyone and shared the glimpse of the humble beginning of CMU and how it blossomed now as a leading university in the Philippines. She also emphasized the excellent achievements of the university and how it produced leaders may it be in the academe, in an organization/agency or government offices.

Dr. Anthony M. Penaso, President of Caraga State University served as the Guest Speaker and talked about the vital role of CMU in achieving its mission in line with the ASEAN integration.

The launching and presentation of the New University Seal or Logo was one of the highlights during the event and was presented by VPAA Dr. Judith D. Intong.

There was also a Mass Singing of the Centennial (2010) Theme Song “SandaangTaon” & the Launch of the Search for the CMU 50 | 105 Theme Song.

The Symbolic Tree Planting, an Adopt-a-tree project by the Association of Recognized Student Organizations (ARSO), followed at the area near the College of Business and Management. Thereafter, the recognition and awarding of 2014-2015 AllTech Asia-Pacific regional winner for the Search for Young Scientists for Mr. Fedencio Paslon Jr. (BSA Alumnus) was held at the Office of the President.

The Opening Salvo was concluded by a praise and worship concert held at the University Convention Center (UCC) sponsored by the SSC-Religious Committee.