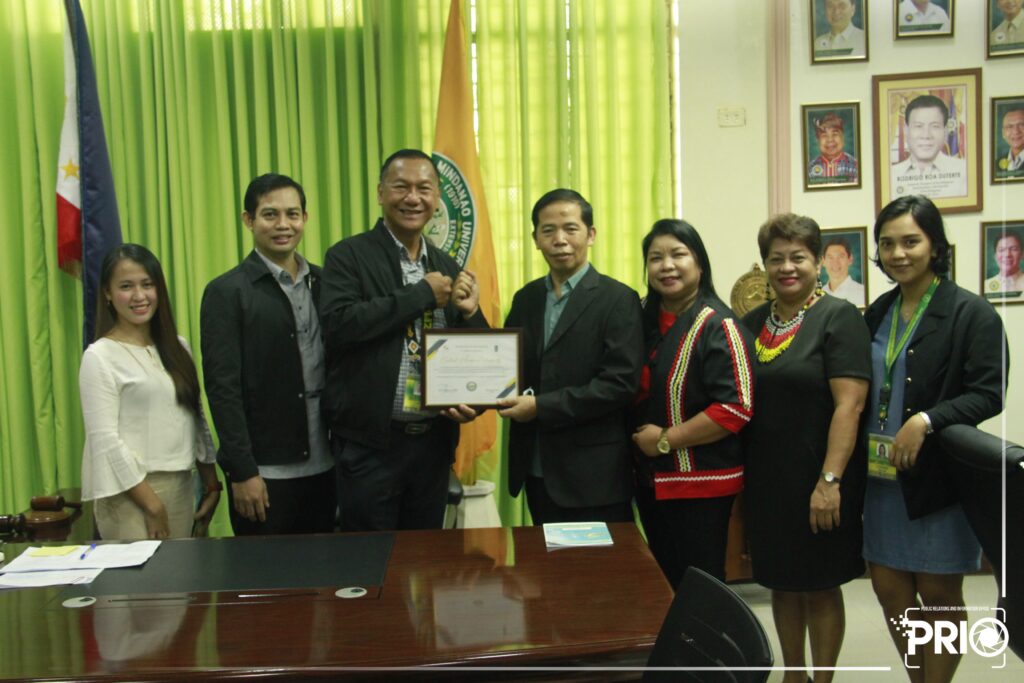 Central Mindanao University received a platinum award on February 24, 2021, the highest recognition award given by the Intellectual Property Office of the Philippines (IPOPHL), for drafting and filing 14 invention patents.

According to Dr. Vellorimo J. Suminguit, the university’s Intellectual Property and Technology Business Management (IPTBM) project leader and the Innovation and Technology Support Office (ITSO) manager, the platinum award is given only to the top-performing ITSO in the country. It aims to recognize the excellent performance of the CMU IPTBM office.

“Actually, the platinum award requires seven invention patents only, but last year, we exceeded that. The university was able to file 14 invention patents. In fact, only a fraction of what we have so far was recognized and awarded,” Dr. Suminguit, who is now on Sabbatical leave, said in an interview via phone call.

He further said that invention patents require novelty, inventiveness, and industrial usage. “It should be something that is not obvious to the person skilled in the art, and it has to have industrial use, meaning something that can be sold,” he affirmed.

From 2016 to 2020, the IPTBM has trained over 200 faculty members on patent claim drafting. At present, the university has 136 IPs filed, and 58% of these were already granted with Certificates of Registration.

“This success would not have been possible without the support of the senior personnel and office staff of IPTBM,” Dr. Suminguit shared as he acknowledged the efforts of the entire CMU IPTBM workforce. He also recognized the help of the IP experts from IPOPHL as well as the CMU IP personnel. (RGPadoginog)

IN PHOTOS: CFES in coordination with the COE and the University Research Office conduct ‘R&D Applications of Geographic Information System (GIS) and Remote Sensing via Zoom meeting and Fb live