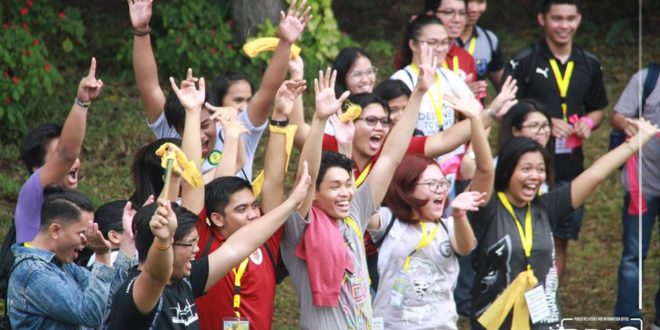 “With the ASEAN integration, we form part of a bigger regional community where challenges and various opportunities will come to fore,” she said. “Your organization [NVCMS] will continue to grow and inspire more individuals and entities who enrich the academe, communities and society.”

The congress was spearheaded by Jules Mervin B. Tungco, NVCMS national director for school year 2017-2018.

He said that the NVCMS was founded by the University of the Philippines Los Baños-CVM Student Council of A.Y 2004-2005. He said that the first time the convention was held outside Luzon was during the 8th NCVMS Convention when CMU’s Grant Amancio was the national director.

He added: “As a second host of the NCVMS, I felt pressured nga among buhaton among best to produce much better nga mahimong successful ang congress.”

Tungco said that the objectives of this congress are to share ideas with fellow veterinarian students, to meet future colleagues, and to unite diverse people and culture through passion which is veterinary medicine.

This year`s event was themed “Power in Courage and in Unity: Strengthening Future Veterinarians Amidst Challenging Tides.”

The topics discussed were the following:

Aside from CMU, the other Mindanao-based school that participated is the University of Southern Mindanao (USM).

According to Ernest Duldulao, member of the ways and means committee, the theme song entitled “Beterinaryong Propesyong May Puso” was composed in CMU and sung by Oasia Glenndale E. Aclo, 5th year Veterinary Medicine student.

Competitions were also held throughout the three days of the activity. The following are the official results:

On the last day of the activity, two schools—Cavite State University (CavSU) and University of the Philippines Los Banos (UPLB)—vied in hosting the next national congress.

The incoming national officers are only qualified to vote and CavSU won the bidding.